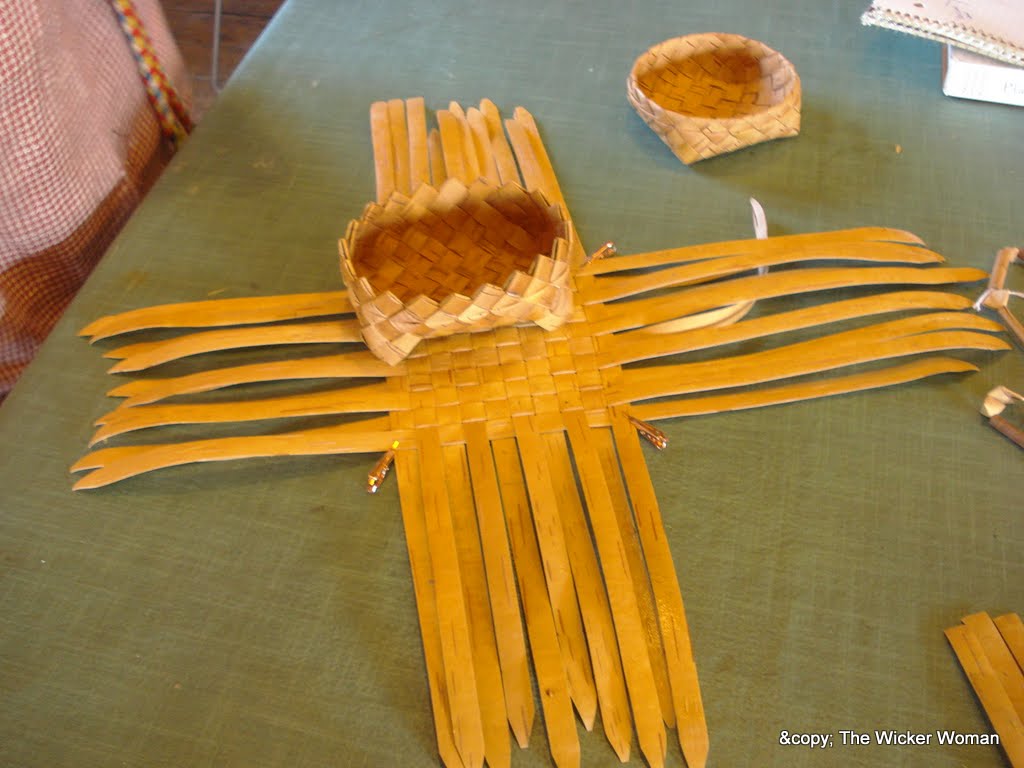 I heard that Vladimir Yarish, Russian birch bark basketmaker and teacher was coming to North House Folk School in Grand Marais, Minnesota last week and was able to get the very last spot in his class!

There were 15 students and four or five of us were North House basketmaker teachers!

We had the pleasure of working with Vladimir’s birch bark that he harvests in Russia and brings over here with him, all processed and ready to begin weaving with right away.

We had the choice from about 10 different basket styles to make, all without printed patterns, just instruction.

Although luckily each of the baskets offered were also featured in his new birch bark basket book, Plaited Basketry with Birch Bark , co-authored by Flo Hoppe and Jim Widess. And of all things, I forgot to bring my book along to get his autograph! Grrrrr!

And I believe it was two years ago, North House Folk School also published an excellent book on birch bark, which features many of the teachers from the folk school. Some craftsmen featured in their book are basketmakers, wood carvers, canoe makers and others.

It was fascinating to see the slideshow Vladimir presented which showed how he harvests the birch bark, stores it and processes it. And through the slides, showed us his lovely countryside, traditional costumes, architecture and samples of his exquisite baskets he’s made!

I ended up making a five footed, saw-tooth rimmed birch bark basket on Friday and then a basket Vladimir calls, “Ripples” with five rippled sides. I was amazed that such a small baskets took this fast weaver so long to make!

I was only able to stay for classes on Friday and Saturday, but others stayed for class on Sunday, and enjoyed a pancake breakfast there, too. Here I am at home with my birch bark/smoked reed hat, birch bark necklace and the two birch bark baskets I made under Vladimir’s wonderful tutelage.

If you ever get the chance to study with this remarkable basket teacher, be sure to take advantage of the opportunity! He’s going to New Hampshire and will be teaching at Jean Bove’s Murray Hill Weaving on April 16, 17, & 18th.  Happy Weaving!