Thinking of you Dad 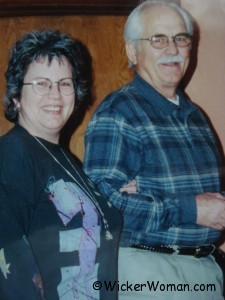 Happy Birthday Jack Jungroth–Today, Friday, December 9th, would have been my dad’s 82nd birthday, had he lived just another few months. He passed away on June 7th almost six months ago exactly, at home in Oklahoma City, Oklahoma.

Not a day has gone by without some remembrance of him coming to the surface of my consciousness.

Some of those memories bring up tears and feelings of loss and anger, but many are happy, smiling, laughing and grateful memories.

Gone are the almost daily early morning phone calls to see how things are going up here in the Northland of Minnesota.

Dad was born in Fergus Falls, Minnesota and had lived in warm, Oklahoma City, OK for the better share of 40 years.

So he was always interested in hearing just how cold it was up here in Angora, MN near the Iron Range. The mornings since his passing have been so unnervingly quiet for me, something’s just not right.

Gone too, are our afternoon advice calls for help with his computer or him giving me promotional advice on my website, blog, press releases or any of the other millions of ways he helped me succeed in the arts.

Now, whenever something “clicks” for me or something wonderful has happened, I have to stop myself midway through calling his phone number. That’s when I come to the realization that he’s no longer at the other end to hear the news. 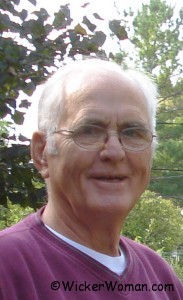 I’ve always thought that the spirits of our loved ones stay around us and are there for the calling whenever we need them.

So on the drive home from Minneapolis, the day after I heard Dad passed, something very unusual happened to me to confirm the belief that his spirit was still near.

I’ve driven that 300 mile stretch from the Twin Cities to our home up north on the Iron Range many, many times and never noticed one single car with an Oklahoma license plate going by, ever.

When I saw the first car with the Oklahoma license plate pass me, I thought that was rather unusual and it immediately brought my thoughts back to Dad.

And when the second one with an Oklahoma license passed about an hour later, I really thought that was strange.

But when the THIRD car passed me about 15 minutes later, also sporting an Oklahoma license plate, I knew that it was Dad trying to make an impression. Saying for sure he’s flying right there beside me and wanted to make certain I knew it!

Lately, Mom has been going through his things and sent me several packages of birthday cards, newspaper clippings, art exhibition announcements, emails and other “stuff” that I sent him over the years.

Little did I know that he kept all that stuff in a folder with my name on it.  Mom said the folder was so big that she could hardly get it out of the filing cabinet! Like father, like daughter, my filing cabinets are full to the brim also. Need to do some serious purging here soon.

Time is healing the wounds and although Dad was not the best father in the world, nor the best husband, he did teach all of us, four kids, a great deal. Good and bad lessons combined, hopefully, I’ve filtered out only the good and shared them with my husband, children, and grandchildren.

It’s my belief that we’re all put here on this world at this time, with this circle of family and friends to learn life’s lessons.  If we don’t listen to what life is trying to tell us and make the right choices, we’ll probably be back for another spin until we get it right.

Many thanks, Dad, for making me the person I am today, so glad I was your daughter. And if I had to do it all over again, I’d do it exactly the same way.

Peace be with you…until we meet again,