It’s with a very sad heart that I am finally getting around to posting again after a long absence. Only wish I was back because of something wonderful in my life, but it’s quite the contrary.

My husband, John “Pete” Peters, passed away on Friday, December 21, 2012 from a lengthy battle with melanoma cancer after a very brief stay at a Veteran’s nursing home in Eveleth, MN.

John was so loving and although he was a quiet and private man, always had a terrific sense of humor and was quick to laugh and have a good time. To give you some insight, there’s a funny story about his nickname, “Pete” and why I call him that.

When we met over in Oberammergau, Germany, where we were both working on the American Army base in the Officer’s Club, he was a chef and I was a waitress.

John had taken a European discharge from the Army and I was traveling, stopping in Oberammergau to work and make some money to continue on my journey.

John introduced himself to me as “Pete” and for over a year, it stuck. That’s what I thought his name really was, Pete Peters.

It wasn’t until I was sitting around the kitchen table here in the States with his female relatives a few days before the wedding, discussing the plans and talking about this guy named “Pete,” that I finally found out his real name was John.

Everyone had been looking at me kinda funny until his mother piped up and asked, “Just exactly who are you talking about?” Meekly I replied, “Your son of course, the man I am going to marry!”

After they learned why I was talking about “Pete” they laughed and laughed and once again everything was alright with the world. Talk about an embarrassing moment with the new inlaws, not even knowing the name of the guy I was going to marry. Yikes!

My family and I continued to call John by his nickname Pete forever, because we already had two men named John in our family, my youngest brother and my dad, although he always went by “Jack.”

And then too, John’s family had grandpa John, uncle John and my hubby John, so to avoid confusion, my husband John was always referred to as Pete.

He also loved life and was a big outdoors person, enjoying duck, deer and elk hunting, and fishing, especially deep sea fishing and loved sailing and riding his Harley.

John loved communing with nature by just being outdoors appreciating all God’s gifts, and idolized his two children, their spouses and of course the three grandchildren.

In 2005 he was first diagnosed with melanoma and had his first radical surgery on his neck. Then it reoccurred in 2009 inside his throat near the vocal cords and he had his second surgery, this time in Rochester at the Mayo Clinic.

Fast forward to 2011 when they discovered another tumor between his heart and bronchial tubes, which could not be operated on. Then this year, doctors discovered a 2cm brain tumor and that the cancer had spread to his liver, pancreas, kidneys and bone.

By December 2012 through a CT of the brain, we found out that it had doubled in size to 4.8cm and was pressing on the control area of the brain for the left side of his body. During the last week of his life, he lost movement there.

All during this whole ordeal, people had no idea he was even sick and he kept working in construction and as a journeyman millwright (both very physical occupations), until later this year.

John was not about to go the conventional treatment route of radiation and chemo like all the doctors wanted him to pursue, which would have left him a very, very painful and horrible quality of life and preferred to go the alternative medicine route.

He and I and all the family are convinced that this was the best thing for him to do, because his quality of life was excellent and we feel it extended his life an extra three years.

I cared for him here at home myself until the last week of his life when I enrolled him in hospice care. They were wonderful, coming and attending to his needs and providing the medication to make him comfortable.

Then on the Wednesday, the 19th I could no longer get him in and out of bed to use the commode, so we transported him to a Veteran’s nursing home about 45 miles south of our place.

Luckily I had already said my goodbyes and gave him permission to pass over before he went to the nursing home, and our kids and his sister were able to say their goodbyes also.

It was very fitting and well thought out timing on his part, to leave this world on Friday, December 21st, the winter solstice AND the “end of the world” on the Mayan calendar, a day none of us will likely ever forget!

So this holiday season has been the pits for me and it’s just now that I’m really able to talk about all this online. The outpouring of condolences has been wonderful, and I’m so very grateful for this close-knit online community, you all have been the saving grace for my sanity and emotional well-being. Thank you all so much.

Everyone that came in contact with this gentle soul enjoyed his company and loved him. He will be sorely missed by all he touched. Until we meet again, rest in peace, “Pete.”

Thanks to everyone for the wonderful condolence cards, emails and phone calls, you can’t imagine how grateful I am for your friendship and concern in real-time or by cyberspace.

Our first Celebration of Life for John “Pete” Peters will take place up here at Mlaker Funeral Home in Cook, MN on Saturday, January 5, 2013 at 2pm, with Reverend Art Dale officiating.

There will also be a gathering of family and friends an hour before the service. Military rites will be accorded by the combined honor guards of the Cook Veteran of Foreign Wars Post #1757 and the Orr American Legion Post #480.

Then following the memorial will be a reception/send-off/party at the VFW, as John requested. He was adamant that we celebrate and remember fondly his life here on earth. He had a real lust for life and lived his the way he wanted and enjoyed almost every minute to the fullest! 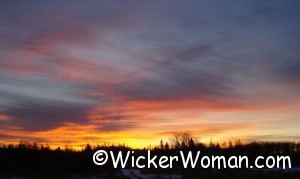 On Saturday, January 12, 2013 at 1 p.m. we will hold a second memorial in Lake City for his family and friends that couldn’t make it up here.

This Celebration of Life will be at the VFW Post #8729 with the Acting Chaplin Howard Horen officiating, with reception/send-off/party following that service also.

Military rites will be accorded by the honor guards of Veterans of Foreign Wars Post #8729.

Rest in Peace, sweetie, until we meet again…

18 thoughts on “Sadness at the Peters Household”