Remember the first basket you ever made?

THURSDAY THOUGHTS –Do you remember or better yet, still have the first basket you ever made? 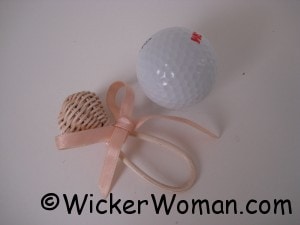 Since I’m teaching a beginner basket weaving class tomorrow at the Northwoods Friends of the Arts Gallery  in Cook, MN, I thought it would be fun to dig around and see if I could come up with some of the baskets that I made really early on in my career. 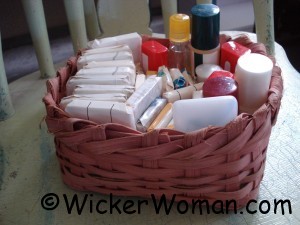 I began weaving chair seats and repairing wicker furniture in 1975 and quickly realized that all the weaves I was doing, stemmed directly from basket weaving techniques. And since I was trying to get into art fairs at the time, decided that I’d branch out and learn how to weave baskets. 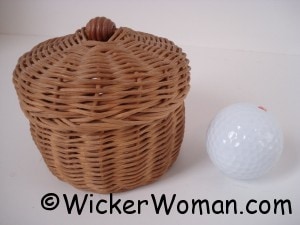 It was far easier to enter in the art fairs with a product rather than a service, which is what chair caning is, so I was learning about basket weaving and entering the art fair circuit by the early 1980s. 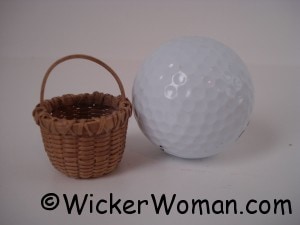 Did them for a good 10-15 years and would always bring along some chairs to weave on, whether it was chair caning, rushing or splint the folks LOVED the demonstrations and I got a lot of repair work as a direct result. 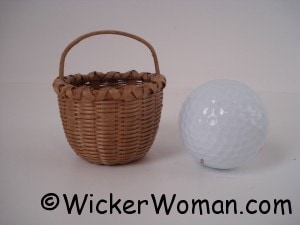 In those early days, I sold almost everything I made without a thought as to keeping a few for posterity. Then in 1999 when I took a black ash Shaker basketry class with John E. McGuire, he said something that resonated with me and I’ve never forgotten and have applied to my weaving in various ways, ever since.

He said and I’m paraphrasing here after all, it was a long, long time ago that John coined these words:

“Whenever you take a class from an instructor, especially if it’s a new weaving material for you, your first basketweaving class, it’s at a big convention, or the teacher is well-known, never, never, never sell or give away those baskets you make in that class. Keep them for posterity so you can use them as a benchmark to see how far you’ve come in your weaving abilities and as a remembrance of that class.”

So in the 1980s and 1990s I either sold or gave away almost all my baskets, but I was in luck, because some of those early baskets ended up at my parent’s house and back in the mid-2000s, Mom asked if I wanted some of them back! Whaoo! 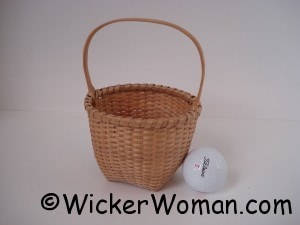 Black ash kittenhead basket made in 1990 with instructor John McGuire

Since then, I’ve discovered some really early ones I made that were packed away and forgotten. Sadly, I lost a ton of baskets that I had made and some that were given to me in basket exchanges or for gifts in the flood of 2010 in Zumbro Falls, Minnesota. 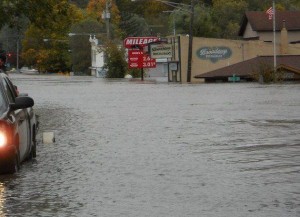 I had a storage unit there after we sold my wicker repair building and moved up here in 2002. We lived upstairs above the shop, just like shop owners did in the olden days, that was really cool, run downstairs and in 10 seconds I’d be at work and it was a storefront right on Main Street!

The storage unit was full of antique furniture, baskets and wicker furniture and other stuff that was all destroyed. We only managed to salvage a few things and only one was a basket, one of my favorite antler baskets. 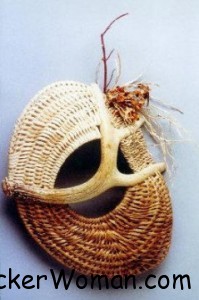 Anyway, I digress…Do you still have any of the baskets you made when you were just starting out? Or maybe you made some when you were a kid through 4-H or Boy Scouts or something?

Please leave a comment about your very first basket weaving experience and let us know what that basket was and who your teacher was, or if you taught yourself.