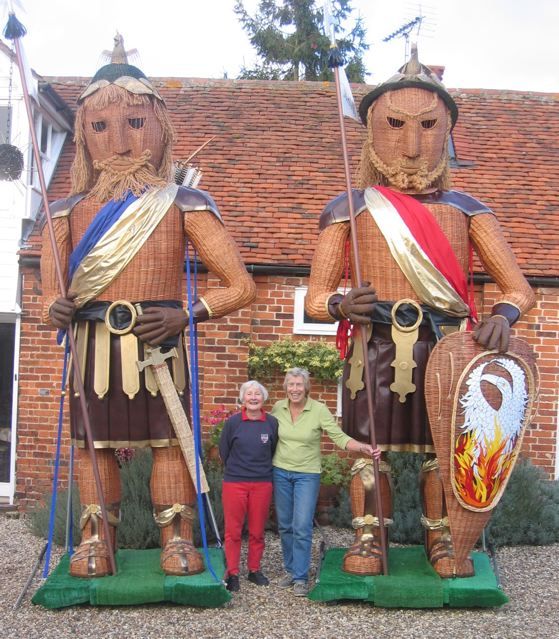 Makers Olivia Elton Barratt and Kay Johnson at the feet of the willow giants.

On October 20, 2006, Olivia Elton Barratt will be installed as the Prime Warden (highest officer), of the Worshipful Company of Basketmakers, at the Lord Mayor’s Show in London’s Guildhall.

Olivia is the first female to hold this position of Prime Warden in the Company’s over 400+ year history and is also an actual basketmaker in the office for several years. Olivia has also been the Chair of the Basketmakers’ Association for five years and President for several more.

The Worshipful Company of Basketmakers is a guild that was formed in 1569 to set the standards of excellence in basketmaking and is ranked 52nd in the list of guilds that now number 107.

Each Prime Warden takes on a project for their reign and Olivia’s project is to recreate the 16th century 14-foot guardians of the City of London, Gog and Magog, in willow using basketmaking techniques. 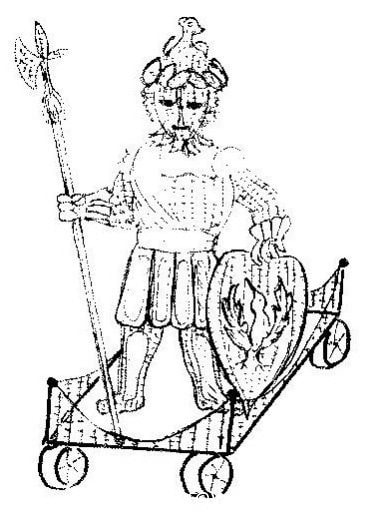 These effigies will be featured prominently in the Lord Mayor’s Parade, which runs through the streets of London. The giants represent Olivia, the Worshipful Company of Basketmakers, and members of the Basketmaker’s Association, too. 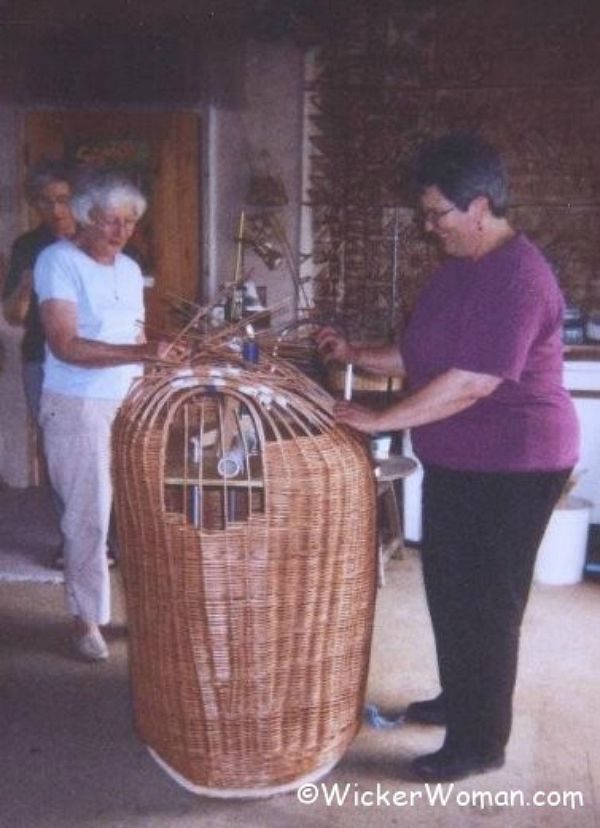 Olivia and Cathryn working on the shoulders of Gog and Magog

I feel very fortunate to be the only American member of the BA to help weave Gog and Magog during my McKnight Fellowship grant travels to study willow basketmaking in England, and Olivia was my host during the entire 10-day trip. 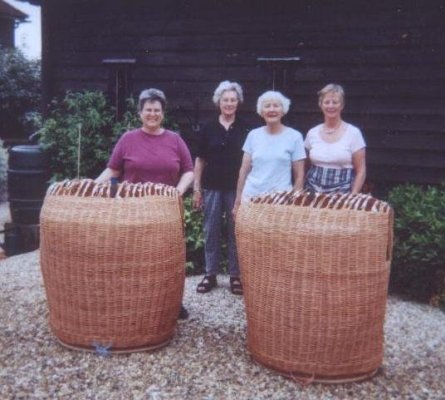 I wish I could attend Olivia’s inauguration in October but I’ll just have to watch the website and also read about it in the Basketmakers’ Association newsletter, which is amazing! I would encourage all seatweavers and basketmakers to join this excellent long-lived basketry organization, if for no other reason than getting their terrific quarterly newsletter.

Read my other posts for more insight on this project and my travels through England.