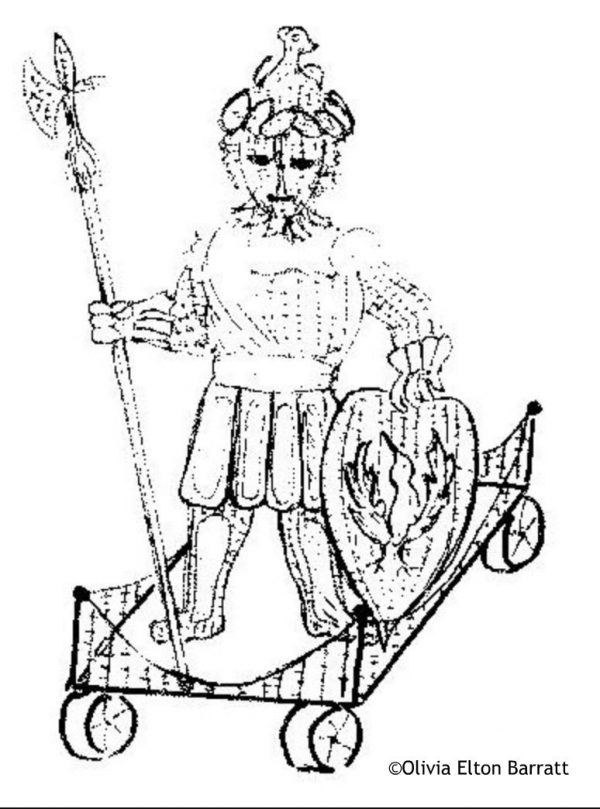 These giants are Olivia’s project during her 2006-2007 term in the Worshipful Company of Basketmakers, serving in the highest position as the very first Lady Prime Warden! She will be installed in the Court in October following the Lord Mayor’s Parade through the streets of London.

It is in this parade that the WILLOW Gog and Magog will travel through the streets of London, and hopefully, later take up residence in Guildhall on display for all to see and enjoy.

I was the only American to work on weaving these “giants” during my ten-day stay with Olivia when I traveled to England on my McKnight-Arrowhead Regional Arts Council Fellowship Grant that I received in 2005.

Olivia later took me all over England to see the basketweaving and seatweaving companies, to the BA’s Annual Members Spring Meeting, to see how rush is harvested by Rush Matters–Felicity Iron, to see how coffins and hot air balloon gondolas are made by Somerset Willow Company, to Musgrove Willows to learn how willow is grown, harvested and processed, and to individual studios and homes of members of the Basketmakers’ Association.