Well, overnight from January 20, 2012 to January 21, 2013 will go down in my memory as the coldest day of the winter season up here in northern Minnesota. 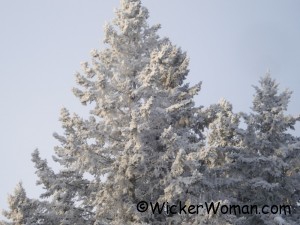 Over the previous weekend, it was cold, but only got down as low as about -22 degrees.

But overnight on Sunday and on into Monday, we had about six inches of snow on the ground with the air temperature (that’s without windchill), of -30 degrees Fahrenheit!

There were several schools that either closed today due to the cold or sent students home early.

Thank goodness we had plenty of food in the cupboard and refrigerator and no place we HAD to be, so lit a fire in the woodstove, watched movies, read books, cleaned the house and surfed on the Net nearly all day. 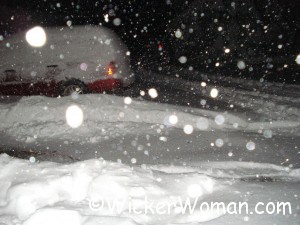 Back in October of 2012 we contracted with St. Louis County Highway Department to plow out our driveway.

They do an excellent job, but the drawback there is that we are last on the list to be plowed out.

Highways come first, township roads next, and then residential driveways last. But as I mentioned before, there wasn’t anywhere we had to go today, so just hunkered down and enjoyed being indoors instead of outdoors.

Now this morning on the 22nd of January, the temperature was a bit more manageable at 6 a.m., registering only -27 degrees.

Here’s a picture of two of our best labs taken a few years ago. Aren’t they cute with snow all over their muzzles? I used this picture for some of the Christmas cards that year, what fun!

Don’t you just LOVE it? What is the temperature like in your neck of the woods?