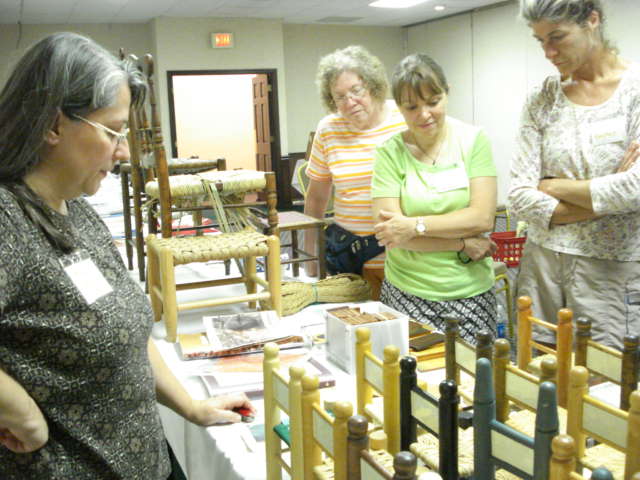 Last year in July of 2007, we officially formed the first and only chair caning guild in North America here in Nelsonville, Ohio.

We elected board members, drew up the by-laws, and began the application for non-profit status.

During the following months, we finalized several aspects of this new organization, set up a website and began planning for our “Gathering” in 2008.

We decided to hold the meeting and workshops again in Nelsonville, OH at Robbins Crossing.

We had a wonderful time this year at the first Annual Meeting and Workshop of The SeatWeavers Guild held on July 18, 19 & 20, 2008.

There were about 20 members in attendance from all over the country and Canada that participated in the workshops, discussions and annual business meeting.

The date of the 2009 meeting and workshop hasn’t been decided yet, but hold your calendars open for the last week in July or the first week in August as a possibility. 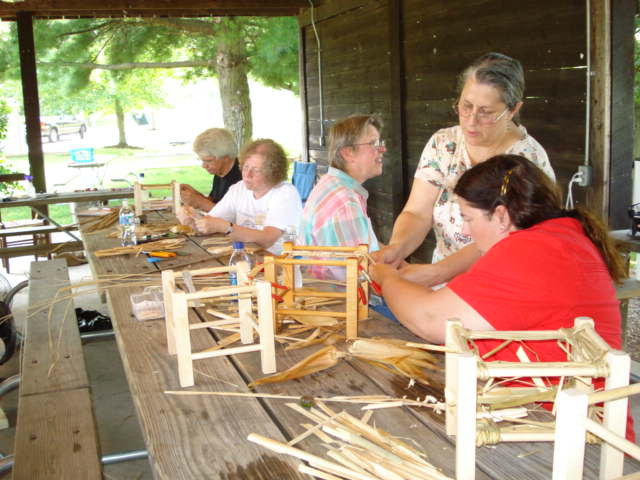