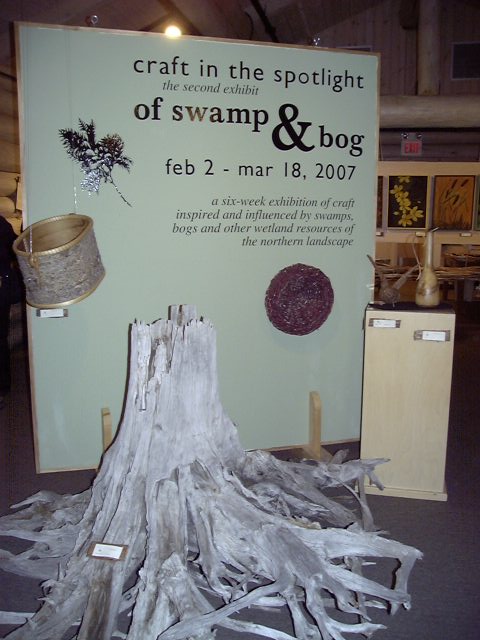 Here’s what you missed if you weren’t at the exhibit opening reception and haven’t yet been to see the exhibit:

February 2 – March 18, 2007
Thoughts of buggy humid days were a part of North House Folk School’s special weekend, February 2-4 with ‘Of Swamp and Bog’, that opened a six-week exhibit on craft inspired by wetland resources of the northern landscape. 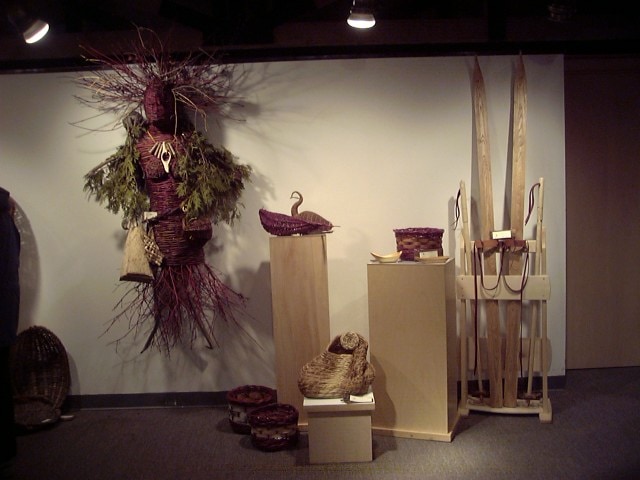 From black ash baskets to landscape watercolors of nearby swamps, the exhibit captures the northland’s connection to this unique natural resource in our backyard.

The curator of the show, John Zasada, a retired silviculturalist from Grand Rapids, Minnesota, also presented a talk on the connection of natural resources to traditional craft, highlighting the fate of black ash basketry, a form of craft that is becoming more and more endangered as the black ash boring beetle is devasting this natural resource across Minnesota (as covered by John Myers in Duluth News Tribune’s Sunday paper, front cover). His goal was to highlight the importance of the wetland related natural resources as they relate to a number of

Be sure to visit the Johnson Heritage Post in Grand Marais, MN to experience this terrific exhibition before it closes!